Here in Hawaii there is a saying, Broke Da Mouth, which means food is so good that it literally broke your mouth. This would be the perfect explanation to how I felt about lunch the other day!

Each day at Keawe Adventures brings something new. I’ve done incredibly exciting things like go to fish markets and visit pearl harbor to not so exciting, but ever important, things like filling out paper work and answering phones. You never really know what you are going to get coming into the office and this day was no exception.

Usually our days start off ordering tickets for the Pearl Harbor USS Arizona  and then generally I do some office related thing, which is my forte so I really enjoy that, however this day Makani had other things in mind. He told myself and Jack* that we were going to being going on a few errands, which I immediately dubbed a field trip.

First we needed gas so while Jack finished up his office work we ended up running to the gas station where only upon parking in front of the gas pump did we realize we had a full tank of gas. I mean at least we went to take the car for a test drive, right?

Well after going back and picking up Jack we started our field trip. Our first stop was to foodland where we picked up some great wine for some of our friends for christmas. We love our partners in this business and we can only hope we show how much we appreciate them and all they do for Keawe Adventures.

After our extremely exhausting and difficult morning, I mean lugging around wine is just SO strenuous, we were on our way back to the office when Makani saw a Korean Barbecue Place he really liked, Budnamujip (try saying that one 10 times fast), so we pulled in for lunch.

Now, I don’t know if you guys remember but I’m thoroughly inexperienced when it comes to foods found here in Hawaii. I mean I’m a Chick fil A and Chipotle girl all the way so this Korean barbecue stuff was a whole new ball game for me. When we walked in the first thing I noticed were what looked like stove tops on each table and these large cylinder things hanging from the ceiling. At the time I didn’t know but those large cylinder things were my saving grace, they sucked all the smoke up so we didn’t leave smelling like walking Barbeque.

I will admit, at first this place was a little scary I mean all the pictures on the menu were of raw meat and I don’t know about you guys but I don’t like my cow moving when I eat it. Needless to say I was a little weary when Makani ordered about 6 different RAW meats. Luckily they brought out the big pot of steaming coals and a grill to cook the meat on. After it was all nice and cooked it was absolutely amazing. I think they use only the nicest quality of beef which made for some awesome barbeque! 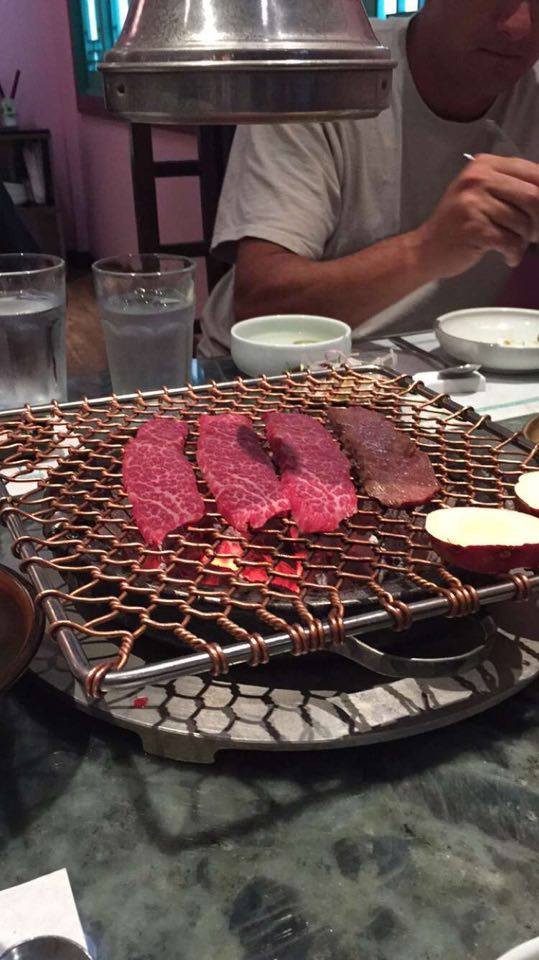 During lunch they brought out some interesting appetizers. The waiter told us that all their sides and appetizers were homemade every day. They were eccentric but it was nice to try things I have never had before. 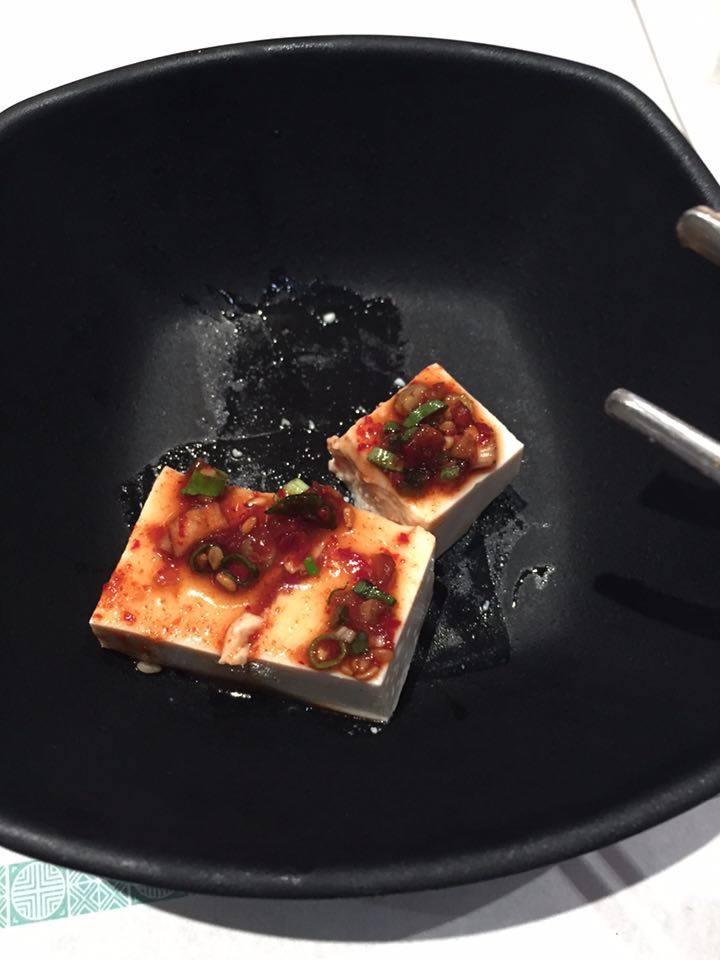 My first time trying tofu and I must say it was not bad at all. 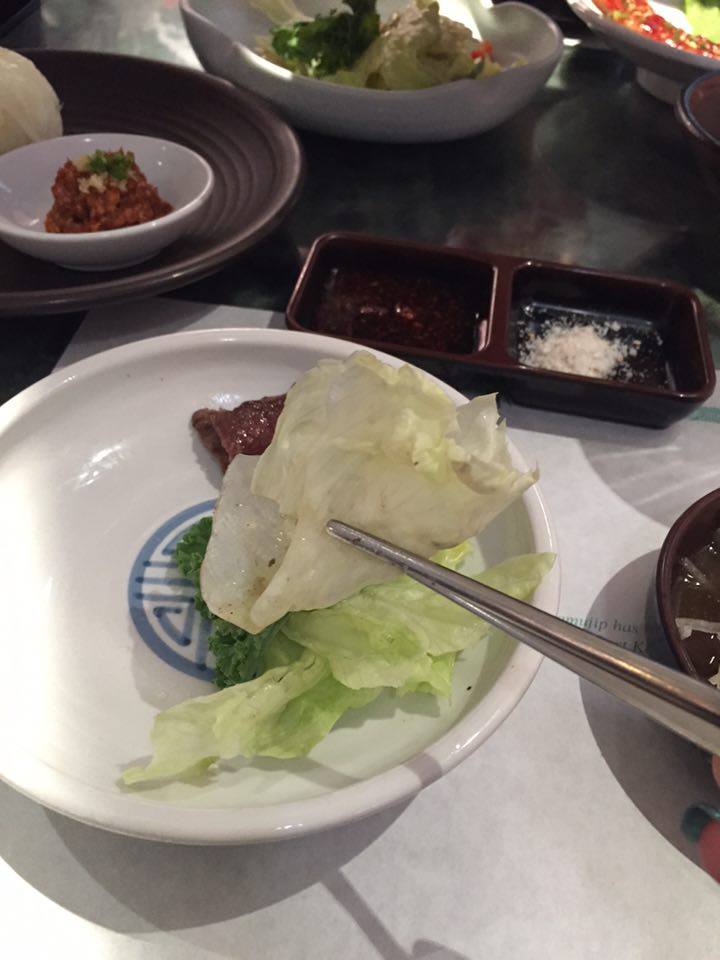 Successful use of chopsticks throughout the ENTIRE lunch. 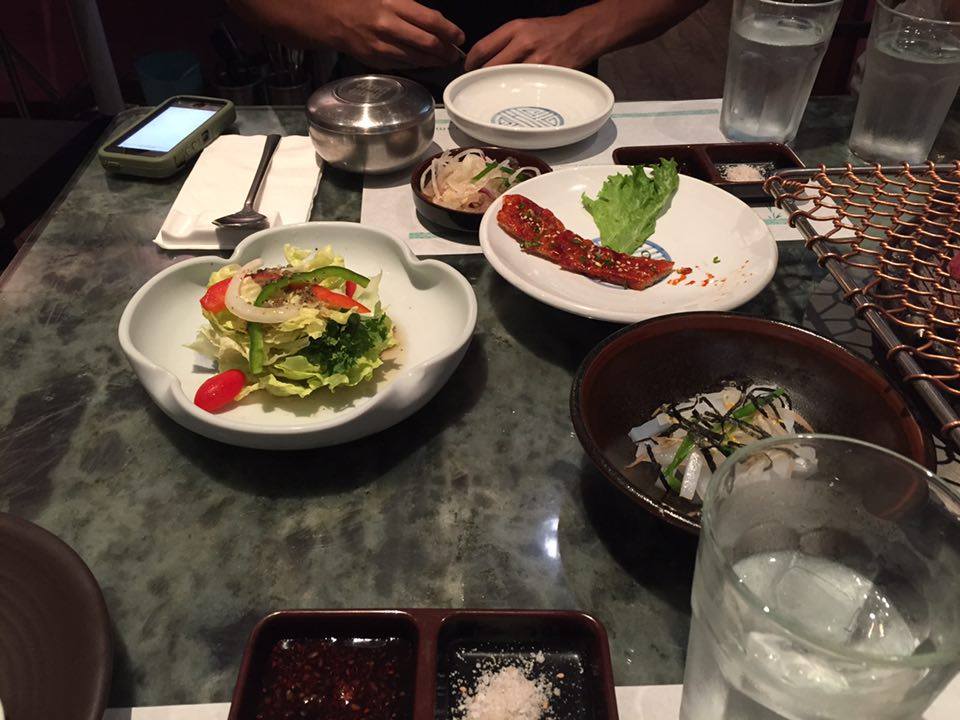 Jack was a little more adventurous than I was but I am happy to say I tried most of them. There was even tree bark, yes you read that right like from a tree, that I successfully tried. I mean you can’t get this stuff in Texas that’s for sure. 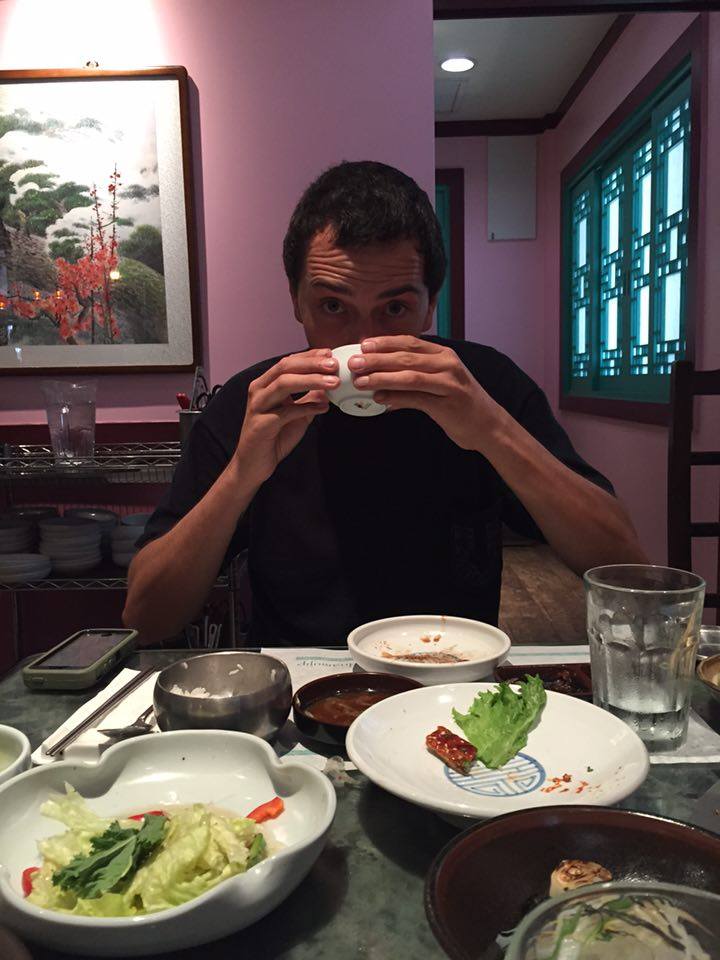 Jack trying all the sides and appetizers.

After our delicious lunch we stopped by a few more places before returning to the office. The thing I love about Keawe Adventures is that no two days are alike, I have probably done more in the last month than I have in the last 6 months combined and all while getting to learn about the industry that I want to work in!

*Jack is a marine veteran who has served two tours in Iraq. Makani found that veterans have a hard time finding a job after they leave the military so he has started a company around providing jobs for military vets and affordable tours of Pearl Harbor for guests, called Infamy Tours. Jack is the first veteran he has brought on to work with the new company.*

We specialize in Private and Group tours on the Island of Oahu, Maui and Hawaii Island. We provide professional guides to enhance your Hawaii based activity. We have been in business since 2009. We are veteran-owned and operated, and we take pride in hiring veterans. View all posts by keaweadventures